Request For QuoteWanna Customize? Drop Us A Line!

This product is now obsolete!

Numato Opsis is a powerful Spartan 6 FPGA-based open source video platform for videographers and visual artists. The Opsis board is designed to give the user complete control over high-speed video, enabling everything from real-time conference capturing solutions, to experimental visual art and even general FPGA-based video and imaging research.

Hardware design and firmware available for download at the links below.

As a collaboration between the TimVideos.us live event streaming project and  Numato Lab, the Opsis is the ideal device for the HDMI2USB.tv video capturing firmware, which allows for “fool-proof” video recording from any computer. Enabling direct acquisition of video streams in real-time to a computer through the USB 2.0 interface or sent over the network through the Gigabit Ethernet interface, the Opsis is a vital component within the complete conference recording solution envisioned and pioneered by the TimVideos.us project.

The Opsis was designed to run the HDMI2USB firmware developed by the TimVideos.us project. This firmware makes it easy to build an automated conference/event recording system. The diagram below shows one such a simple scenario. The HDMI output from the laptop is fed into the Opsis, which forwards it to an external monitor and simultaneously allows another computer to capture the output via the USB 2.0 interface. The HDMI2USB.tv firmware emulates a standard UVC webcam, allowing any video software, such as Skype, Google Hangouts, or WebRTC, to then send it to an online audience.

A more complex scenario is shown below. The Opsis is used to feed the output from a presenter’s laptop onto both a large projection screen and a private “confidence screen” for the speaker (probably at the foot of the stage). The speaker’s dramatic facial expressions are also captured by an HDMI camera. Using the USB interface, a capture computer is able to switch between the two inputs and rebroadcast online.

The HDMI2USB.tv firmware project has experimental support for using the Gigabit Ethernet interface as an alternative capture interface and is developing algorithms for hardware-based mixing and scaling, such as picture-in-picture.

In addition to running the HDMI2USB firmware, the Opsis can be used as a powerful FPGA development platform. The Xilinx Spartan-6 LX45T FPGA on this board can hold extremely large designs and can be used with the free Xilinx ISE Webpack software. The 2 Gbits (256 Megabytes) of onboard DDR3 SDRAM allow ample data storage accessible at high speeds. Onboard USB 2.0 and Gigabit Ethernet controllers allow high-speed, high-bandwidth connectivity to workstations and the network. With a USB host stack, the built-in USB OTG controller can connect to a wide variety of peripherals, such as keyboards, mice, cameras, and other USB devices. The programmable USB device controller can act both as a JTAG programmer and as a serial converter to be used as a debug console to assist development and debugging.

Where can I buy this product?

All Numato products can be ordered directly from our web store or by sending an RFQ/PO through our form below. (link to the form below, here on the product page "Custom Product" section).

Where can I find more information on product usage?

Please refer to the Product Documentation section in the developer's corner for product-specific documents.

Where do I find the drivers for this product?

If applicable, the driver package for Numato Lab’s products can be downloaded from the specific product page under the "Downloads" section below.

Does the product come with instructions? Does it come with a printed user manual?

Instruction on product usage is available in the Documentation section and User manual on this product page. We are an environmentally conscious company so all of our documentation is digital.

Do you provide customized products?

Yes. Please contact help@numato.com for more details or submit a request at our form below. 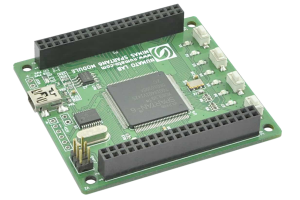 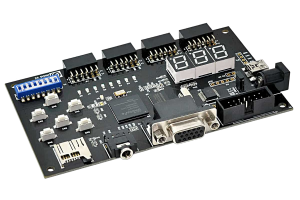