The RTL8211E-VB-CG, a highly integrated Ethernet transceiver that complies with 10Base-T, 100Base-TX, and 1000Base-T IEEE 802.3 standards, is used by the FMCETHX001 module to enable access to RJ45 connectors. 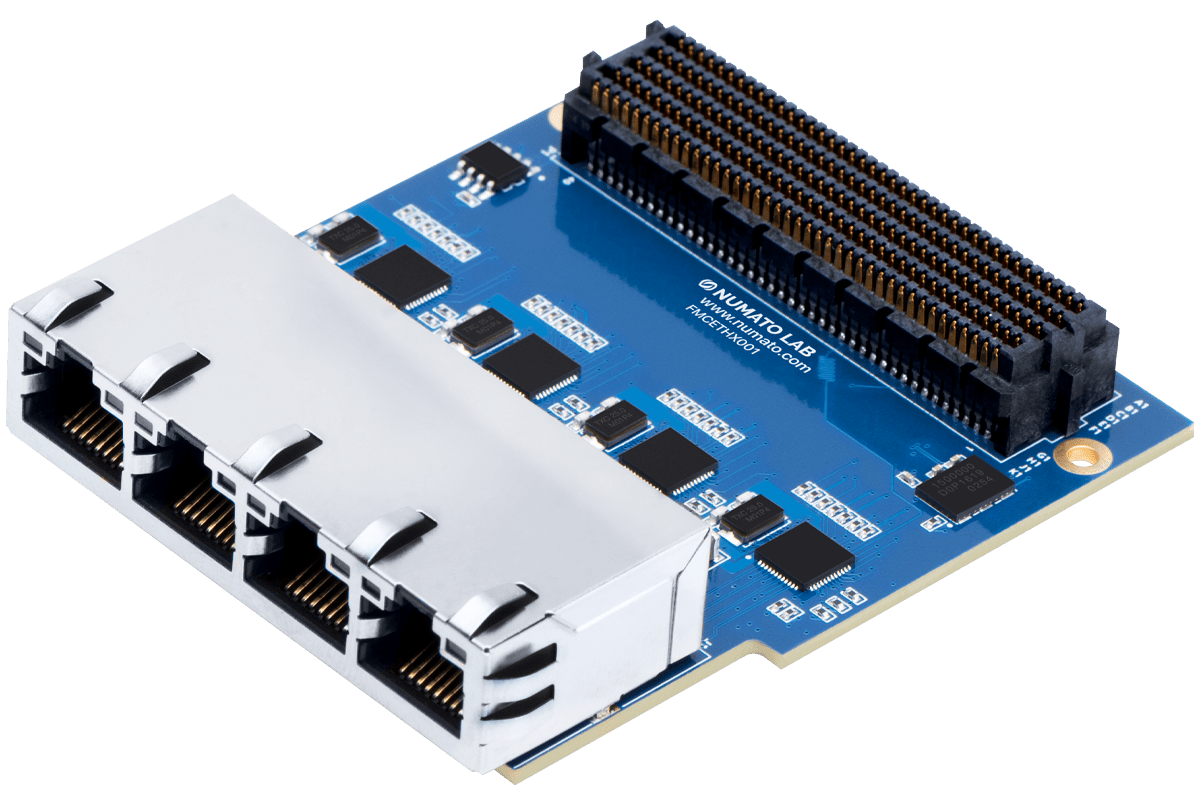 The 4 Port Gigabit Ethernet FMC Module’s Gigabit Ethernet PHY chips (RTL8211E) are connected to the Ethernet MAC on the FPGA using the Reduced Gigabit Media-Independent Interface (RGMII). Regardless of the hardware being utilized, RGMII offers a media-independent interface to ensure compatibility between MAC and PHY.

It includes a MicroBlaze-based design containing 4 Xilinx AXI Ethernet Subsystem IPs that are configured with AXI DMA IPs and developing a 4 Port Concurrent Echo Server based on FreeRTOS lwIP Echo server template. The template offered by Vitis is only intended for single-port Gigabit Ethernet, thus we must alter it so that it will function for all ports.

Ports A, B, C, and D are the four ports utilized in this example and have unique MAC addresses and IP addresses for each port.

Once auto-negotiation is complete and the echo server on the required port has started, open a telnet session with IP Address corresponding to the port, and the corresponding echo port.

The demo shows the case when initially only ports A and D of 4 port Gigabit Ethernet FMC module are connected to the switch, and then port B and later port C is connected.

You can also ping the ports at their respective IP addresses. Open a command prompt, and you can ping any port using the command `ping <IP address>`. For eg. ping 192.168.1.10 for port A.