The FMCADCX002 includes 2 Analog Device AD7616 ICs. A total of 32 analog input channels are provided by each AD7616 IC’s 16-channel, 16-bit, dual simultaneous sampling ADC with a sampling rate of up to 1 MSPS. 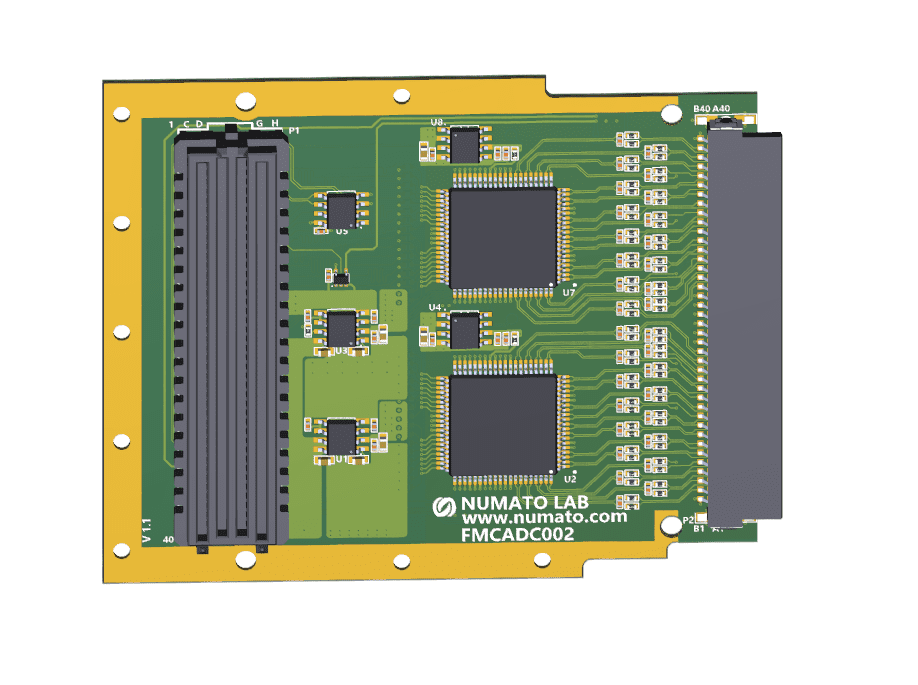 Numato Lab FMCADCX002 ADC Breakout Board with MMCX connectors (Manufacturer Part Number: 0734151471) is to be used along with this module to provide analog inputs. 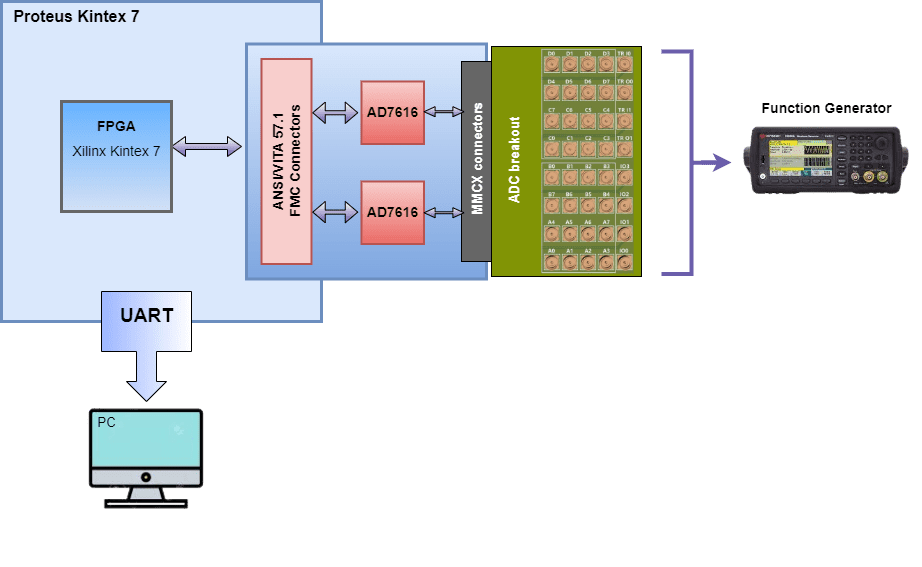 The above block design shows the hardware configuration, in which the FMCADCX002 is linked to the Numato Lab Proteus Kintex 7 FPGA Board through the FMC connections, which contain the 2 AD7616 ICs. To access the function generator’s output, a separate ADC breakout is used.

The AD7616 IC contains 2 ADC devices, which sample the signals simultaneously. The Ad7616 device includes a configuration and control interface. There are registers inside the device that can be programmed and can use those registers to define the device’s behavior.

Considering a serial-2-wire example, the AD7616 device will reads values from the function generator through A0 and B0 of ADC1, which digitizes the analog data and sends them to the FPGA.  Once the digitized value reaches the FPGA, it is converted to floating values. In this example, the upper and lower limits are +1.75 and -1.75, respectively, although any value within the range is acceptable.

Additionally, the analog values are interfaced with the FPGA’s RGB LED, which will display different colors dependent on the upper and lower limits of channels 1 and 2.

After selecting the channel to be tested, analog readings can be observed at that channel.