How about some interesting gaming stuff!

Yes, here we are in the world of FPGA, if we are in this world we should learn with FPGA and we should Play with FPGA. There is no need to explain what is FPGA and FPGA applications, it will be familiar to you guys ( if not, you can find a lot of articles on the Knowledge base provided on our website). Coming to our point, we know that there are a ton of games. Ever thought of implementing a video game on FPGA? let us begin.

Here we won’t be giving you any deep description or code to implement the Video game on your FPGA instead we will guide you on how to implement Gaming on FPGA.

The Icicle Kit is based on Microchip’s PolarFire SoC, the world’s first FPGA and Linux-capable RISC-V system in a single chip. 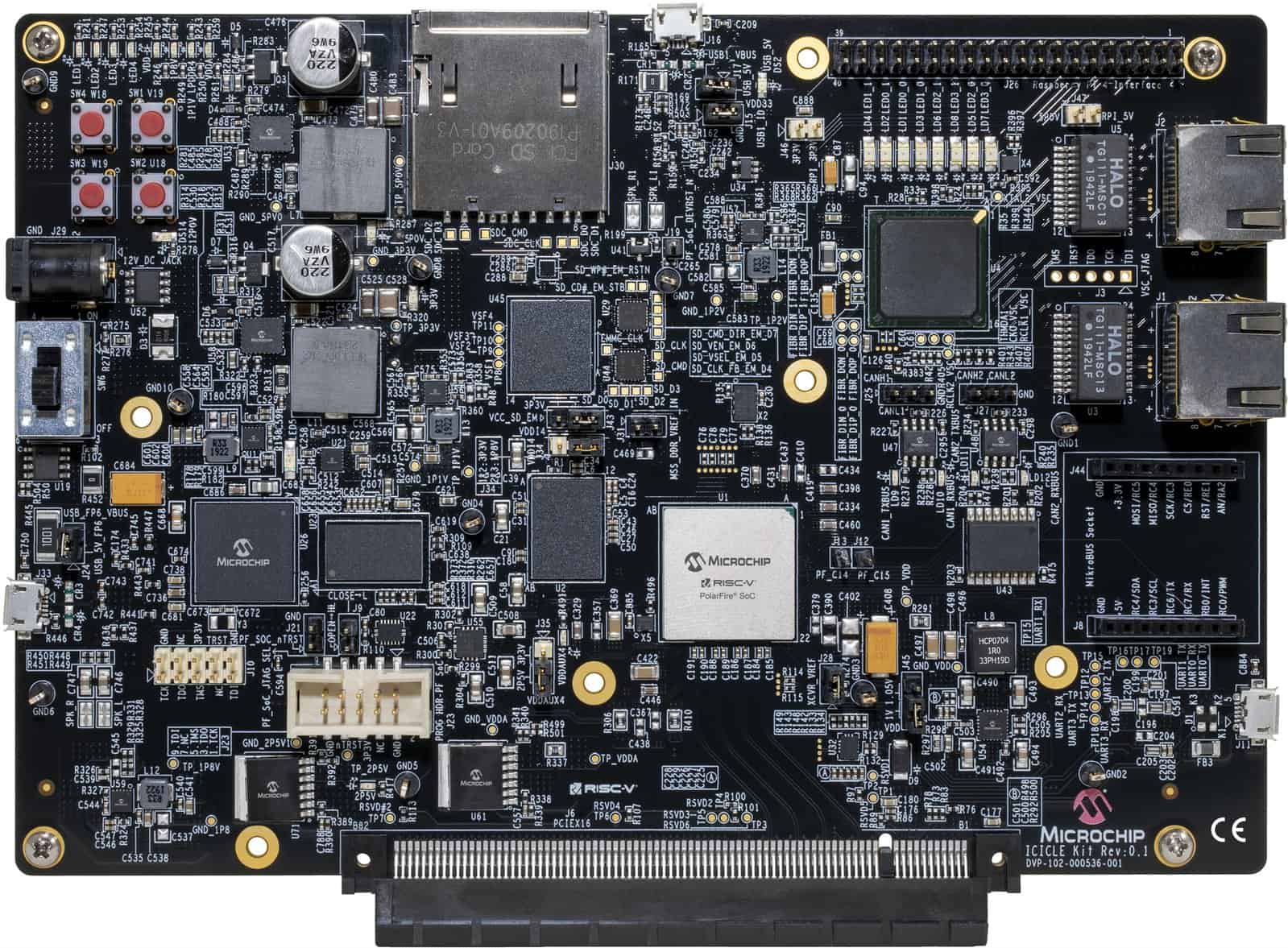 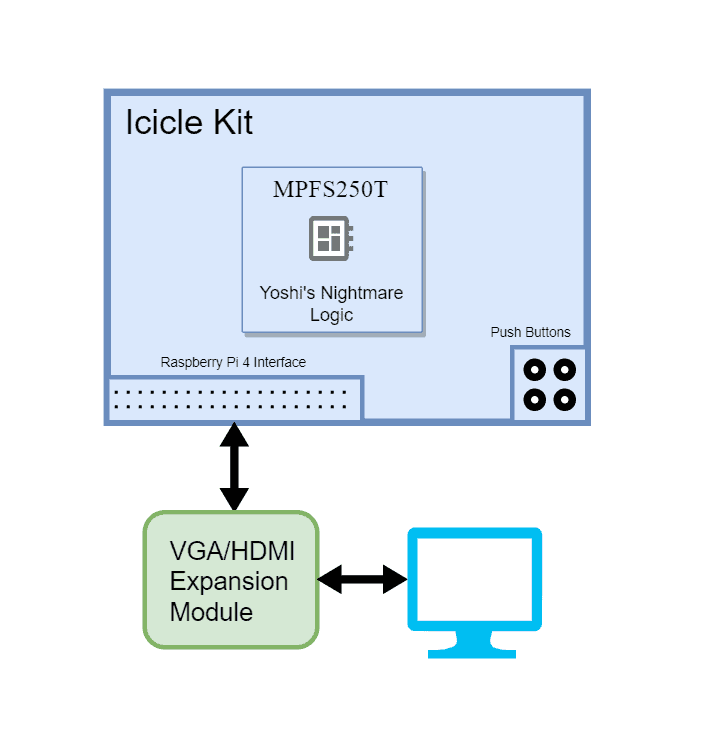 The Icicle Kit is that it doesn’t have any native audio/video interface connectors available. Therefore, to deal with it, we should employ an extension module. So we will be connecting the VGA Display Expansion module or HDMI Transmitter Expansion Module. But the only GPIO headers the icicle kit consists of are Raspberry Pi 4 interface connectors. So we will be connecting the expansion modules with these pinouts. It is possible to include audio in Yoshi’s nightmare gaming, but here we are going with only video.

The original implementation uses an NES controller. Since the NES controller was unavailable to us, we will be using a demo gamepad connected to Raspberry Pi 4 interface connectors. 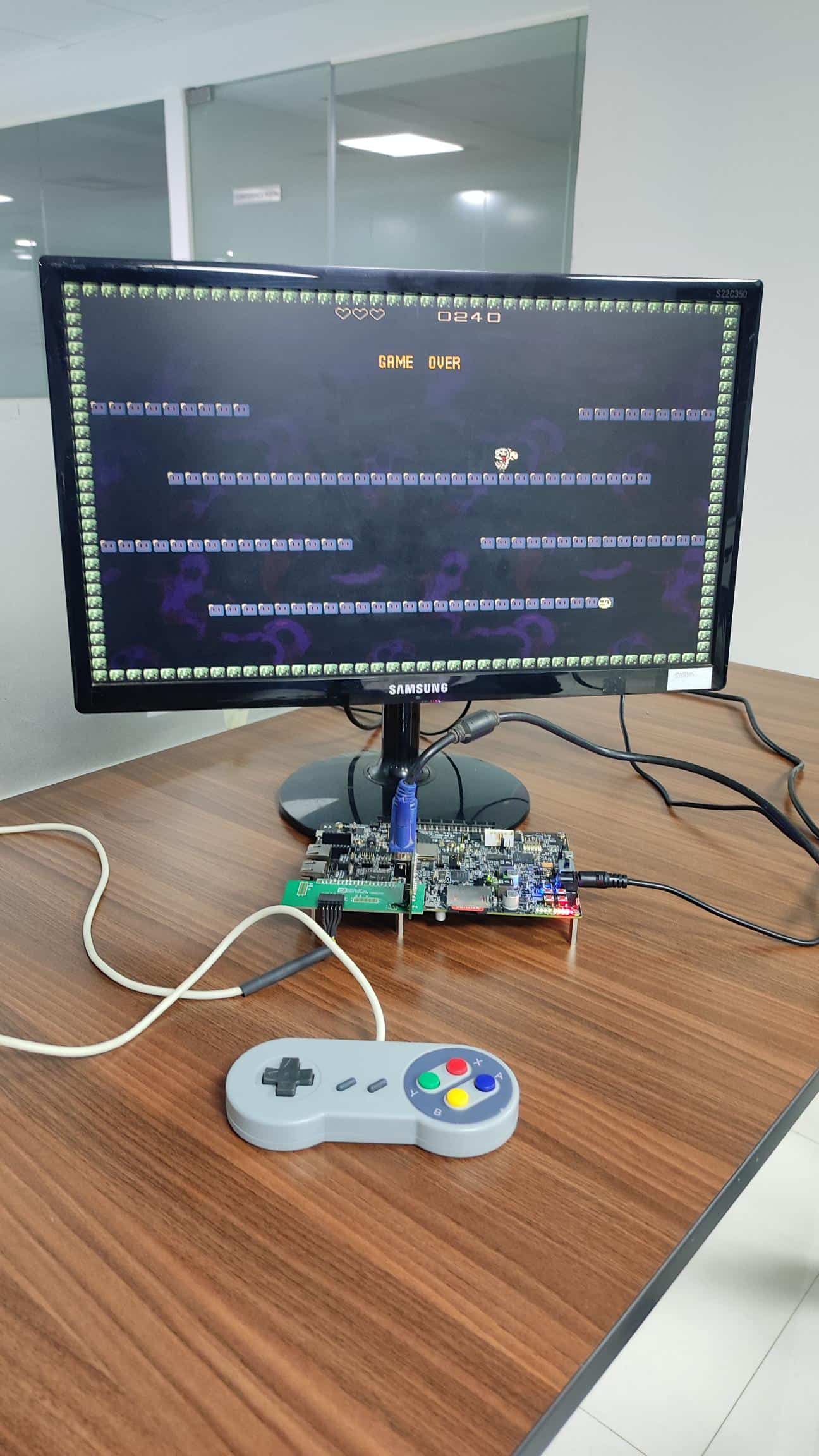 This is just the beginning of the FPGA gaming journey with PolarFire SoC. Following is the list of future works: